New Zealand shooting suspect had ‘many’ other targets planned

WARNING: This story contains content that some readers may find disturbing

A manifesto linked to the man charged in the shooting attacks of two mosques in Christchurch, New Zealand, says he was motivated by white nationalist ideology, had planned the attack for years and anticipated that he might not make it out alive.

At least 49 people were killed and dozens more injured in the shootings Friday in what Prime Minister Jacinda Ardern is calling “one of New Zealand’s darkest days.” An Australian man in his 20s has been charged with murder, and two other people were being questioned. Police said none of the people in police custody had been on any watch list.

According to the 74-page manifesto posted to a now-deleted Twitter account with the same name as the suspected gunman, the attack was planned to give him “enough time to train, form a plan, settle my affairs, write down my views, then enact the attack.” 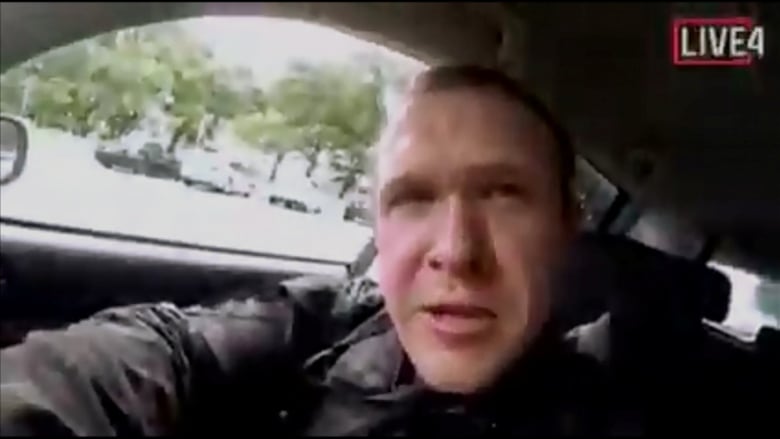 A still image taken from video circulated on social media, apparently taken by a gunman and posted online live as the attack unfolded, shows him driving in Christchurch, New Zealand, on Friday. (Twitter via Reuters)

But the manifesto should be considered with caution. It reads like a playbook of far-right talking points, peppered with internet memes, and the investigative website Bellingcat says some of the content may have been intentional “misdirection” and “calculated to spark division.”

Here’s what we know so far: 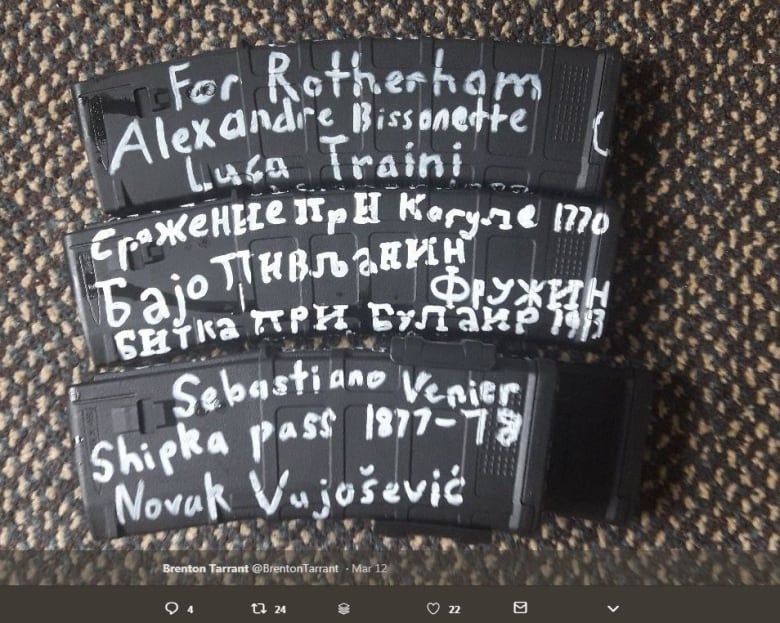 This photo of rifle ammunition appeared on a now-deleted Twitter account from a user whose name matched that of the Christchurch shootings suspect. Those mentioned include Quebec City mosque gunman Alexandre Bissonnette. (Twitter via Reuters) 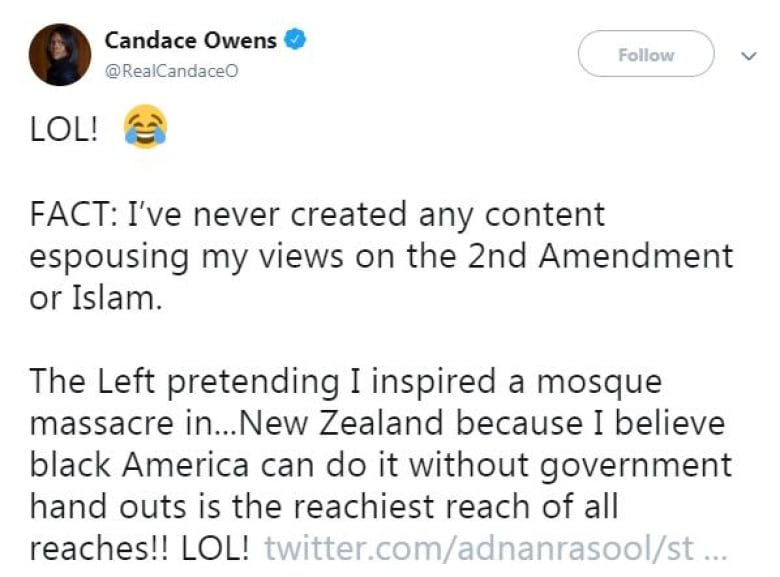 A screenshot of a tweet by Candace Owens in response to the New Zealand mosque shootings. (Candace Owens/Twitter) 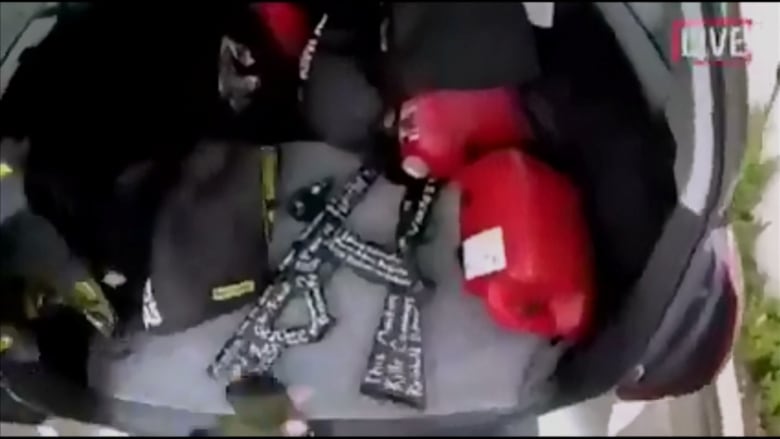 A still image taken from video circulated on social media, posted online by the apparent gunman as the attack unfolded, shows weapons and gas cans in the trunk of his car. (Twitter via Reuters)

It’s been confirmed that the terrorist who killed innocent Muslim worshippers in the #Christchurch attack was listening to songs that glorified Radovan Karadžić who was responsible for the 1995 genocide of Muslims in Srebrenica. Full statement here: https://bit.ly/2O5sMOm